Mortality-based damages per ton due to the on-road mobile sector in the Northeastern and Mid-Atlantic U.S. by region, vehicle class and precursor

A new study that quantifies the total and interstate deaths from transportation-related air pollution from five vehicle types in 12 states and Washington, D.C. has been published in Environmental Research Letters. The research was led by researchers at the University of North Carolina at Chapel Hill with the Center for Climate, Health, and the Global Environment at Harvard T.H Chan School of Public Health.

The study is part of the Transportation, Equity, Climate, and Health project (TRECH), a multi-university research team from Harvard T.H. Chan School of Public Health, Boston University, University of North Carolina, and Columbia University, which analyzes policy scenarios to address carbon pollution from the transportation sector. 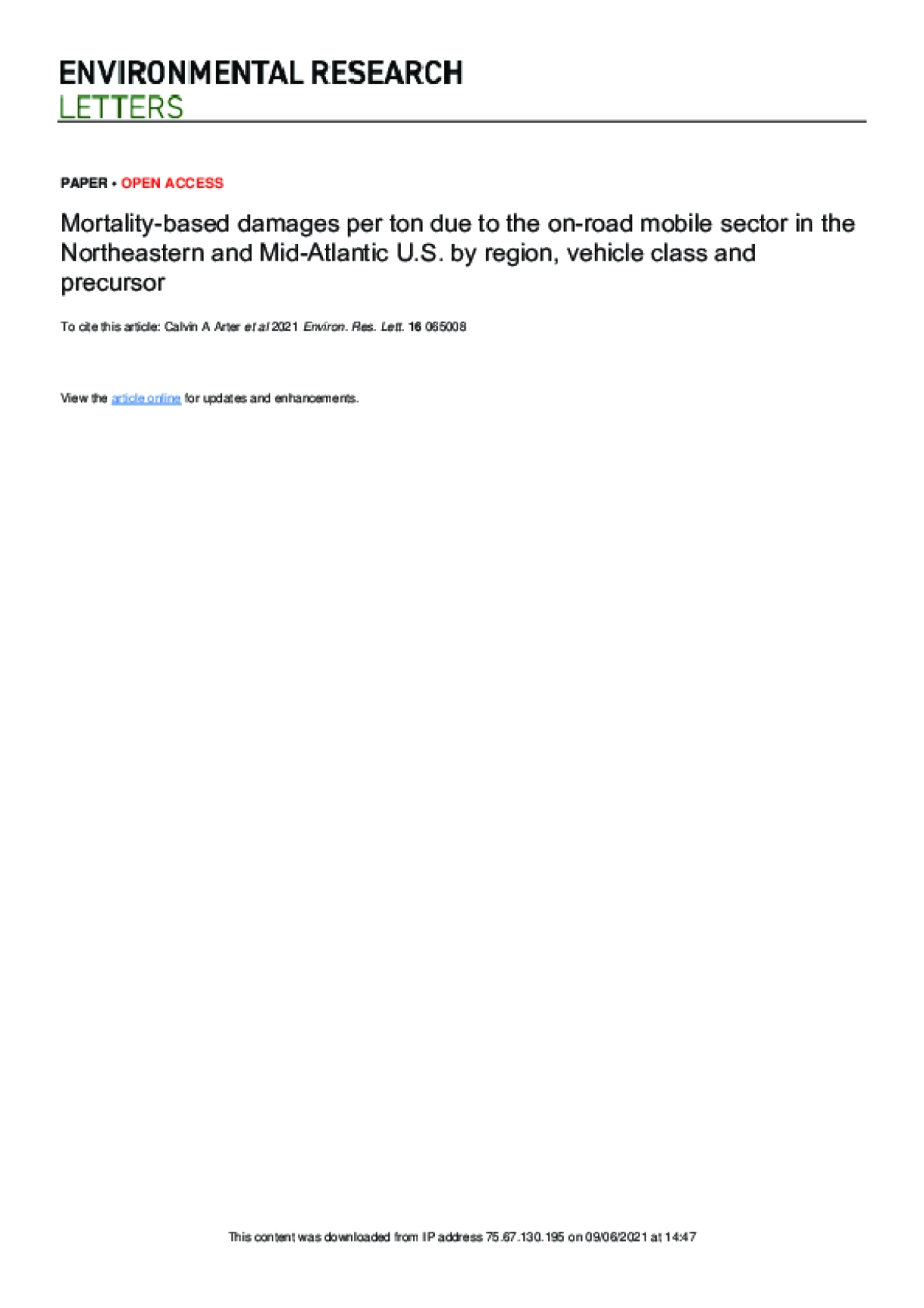