Freedom in the World 2021: Democracy under Siege

Freedom in the World 2021 evaluates the state of freedom in 195 countries and 15 territories during calendar year 2020. Each country and territory is assigned between 0 and 4 points on a series of 25 indicators, for an aggregate score of up to 100. The indicators are grouped into the categories of political rights (0–40) and civil liberties (0–60), whose totals are weighted equally to determine whether the country or territory has an overall status of Free, Partly Free, or Not Free.The methodology, which is derived from the Universal Declaration of Human Rights, is applied to all countries and territories, irrespective of geographic location, ethnic or religious composition, or level of economic development. Freedom in the World assesses the real-world rights and freedoms enjoyed by individuals, rather than governments or government performance per se. Political rights and civil liberties can be affected by both state and nonstate actors, including insurgents and other armed groups. 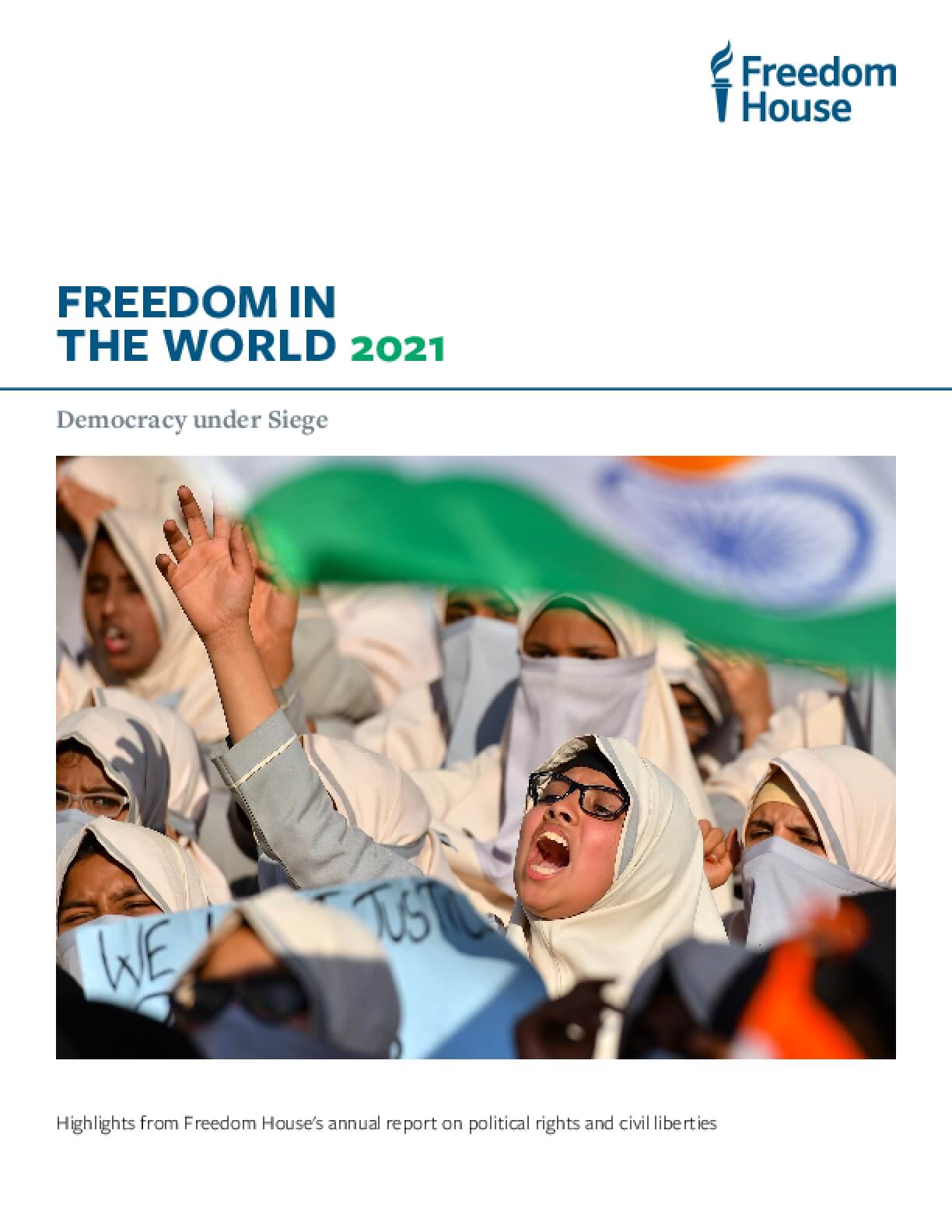