Spending in retirement is an increasingly important area of focus of the retirement industry, plan sponsors, and policymakers as more individuals enter retirement. Indeed, in the third quarter of 2020, about 28.6 million Baby Boomers - those born between 1946 and 1964 - reported that they were out of the labor force due to retirement. Yet not enough is understood about how retirees spend their money and, just as importantly, why they spend the way they do.

In its Issue Brief, "Why Do People Spend the Way They Do in Retirement? Findings From EBRI's Spending in Retirement Survey," the Employee Benefit Research Institute (EBRI) reported the spending habits and situation of 2,000 individuals ages 62 to 75 at and during retirement. Three types of retirees in particular stood out: (1) highly indebted retirees who described their debt as unmanageable or even crushing; (2) long-term secure retirees, or those retirees who reported they had long-term care insurance; and (3) full-nester retirees, or those reporting that they had at least one child at home with them. These three groups are highly distinct from one another and paint a portrait of starkly different retirement lifestyles depending on these circumstances.

EBRI was able to fund development of this research thanks to a generous grant from RRF Foundation for Aging. 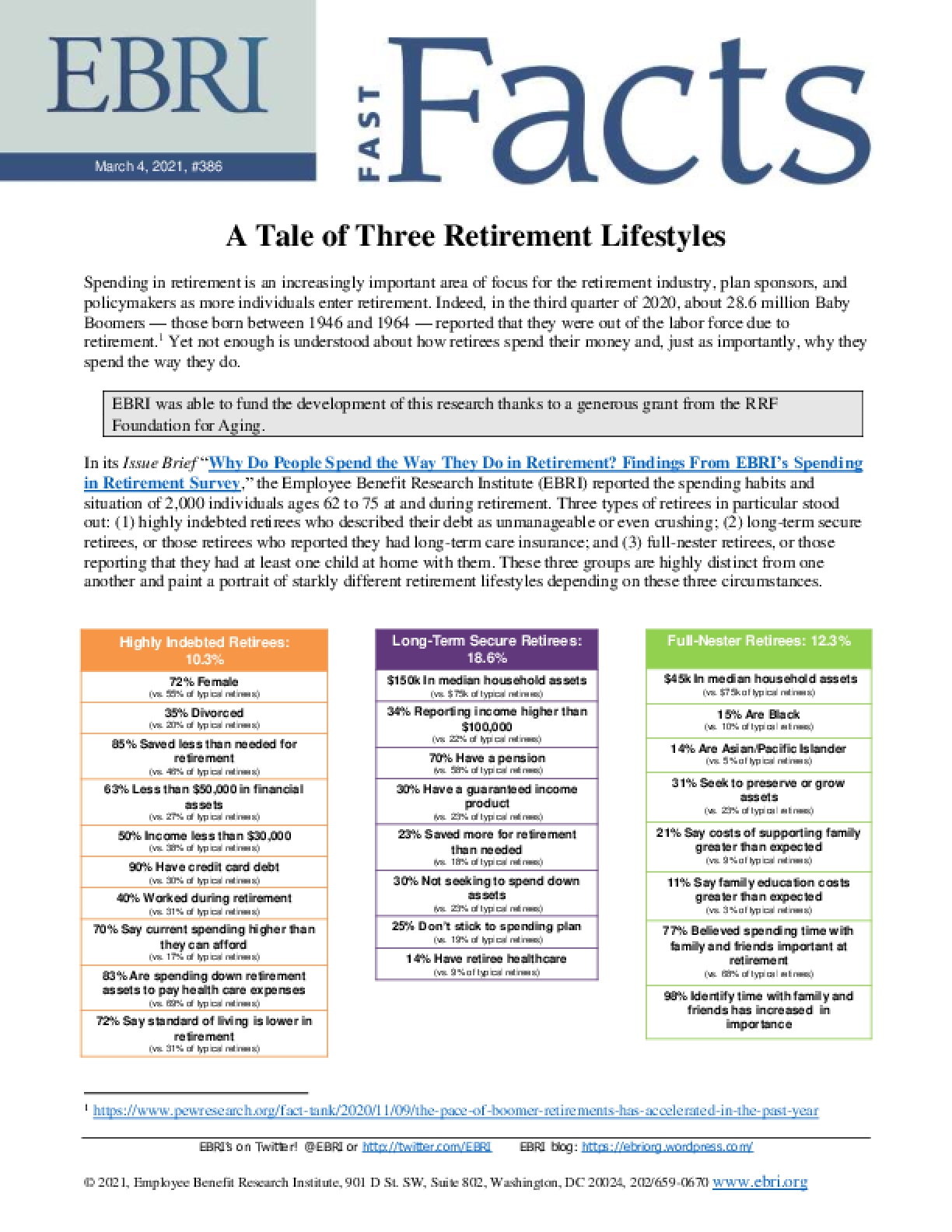