Today's research on prostitution largely focuses on the women selling sex rather than on the men who buy sex.* The rule of supply and demand highlights the significant role that the buyers play in maintaining prostitution. If there was not a demand for prostitution, then prostitution simply would not exist. In recent years, communities worldwide have started to acknowledge this perspective and have begun implementing demand deterrence strategies. This report highlights such strategies and may be used as a best practice guide for deterring the demand for prostitution around the world. CAASE does not necessarily endorse the strategies outlined in this report. Rather, CAASE has chosen to compile this listing as a resource for future demand deterrence initiatives. Some of the approaches enumerated here are insensitive to those in the sex trade and misrepresent their experiences. In order for any of these strategies to be effective, the culture can no longer view women in prostitution as perpetrators of a crime, nor can we blame them for the exploitation and violence perpetrated against them. The first section of the report offers a description of the most common and the most successful demand deterrence strategies utilized worldwide. The two appendixes that follow enumerate specific strategies in greater detail and are organized alphabetically, according to location. Some of the strategies listed are no longer in effect. In such cases, their activities are described in the past tense. They remain a part of the report, however, to preserve any potential usefulness that may arise from knowledge of such programs in the future. The report will be continually updated to reflect changes in community responses to the demand for prostitution. * CAASE acknowledges that men, children, and teens -- like women -- are often prostituted. CAASE further acknowledges that some women do buy sex. Nonetheless, few refute the notion that women are highly overrepresented in the prostitution industry and that men are the dominant consumers of the sex trade. This report therefore focuses on the women impacted by commercial sexual exploitation and the deterrence strategies aimed at the men who demand it. 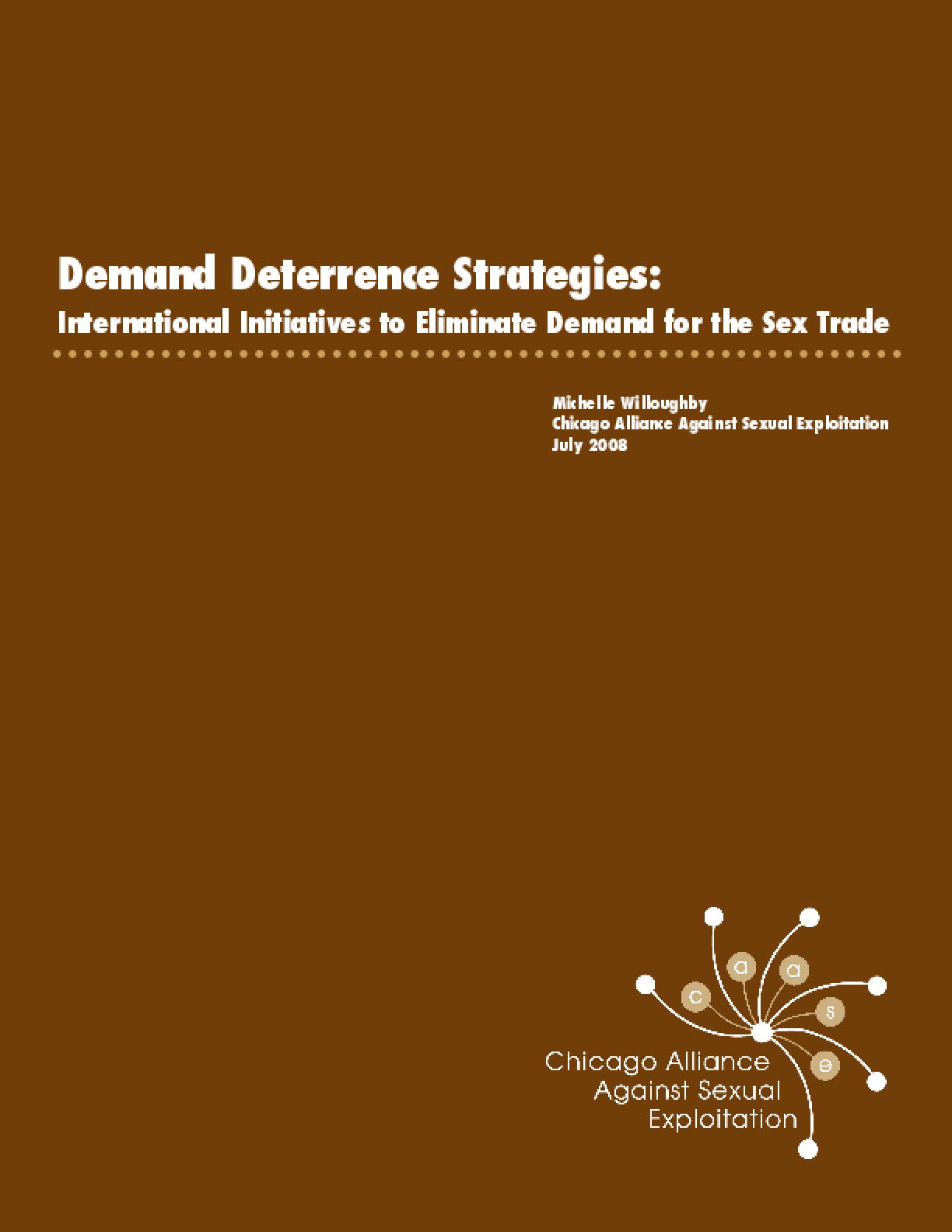