New York City's promise to shutter its notorious Rikers Island jail complex hinges on reducing the number of people in city jails. This new report from the Independent Commission that called for Rikers' closure in 2017 and the Center for Court Innovation lays out a series of concrete, data-driven strategies to produce sizable jail reductions while prioritizing public safety.

The annual cost of detaining someone on Rikers has soared to $447,000. As the report emphasizes, that is money that could be more productively used on a range of interventions to foster safer neighborhoods. Increasingly, research is finding stays in jail increase the likelihood of future criminal activity once someone is released, making us all less, not more, safe.

The report recommends numerous policy changes, covering everything from improving case processing times—85 percent of the population on Rikers is presumed innocent and waiting, generally for months, for their day in court—to ensuring people's ability to pay bail is properly assessed, as is required by law. In combination, these changes can lastingly remake New York City's approach to incarceration. 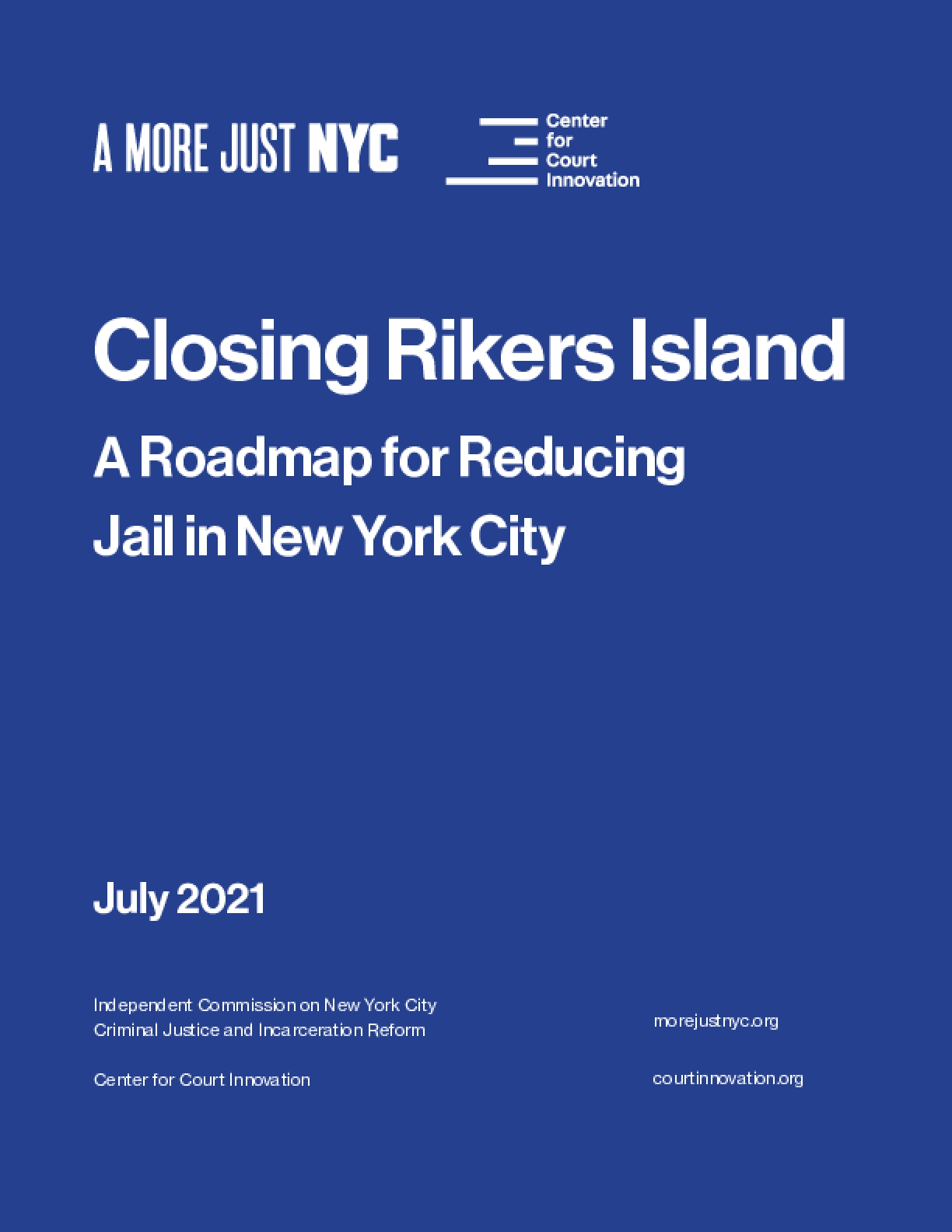